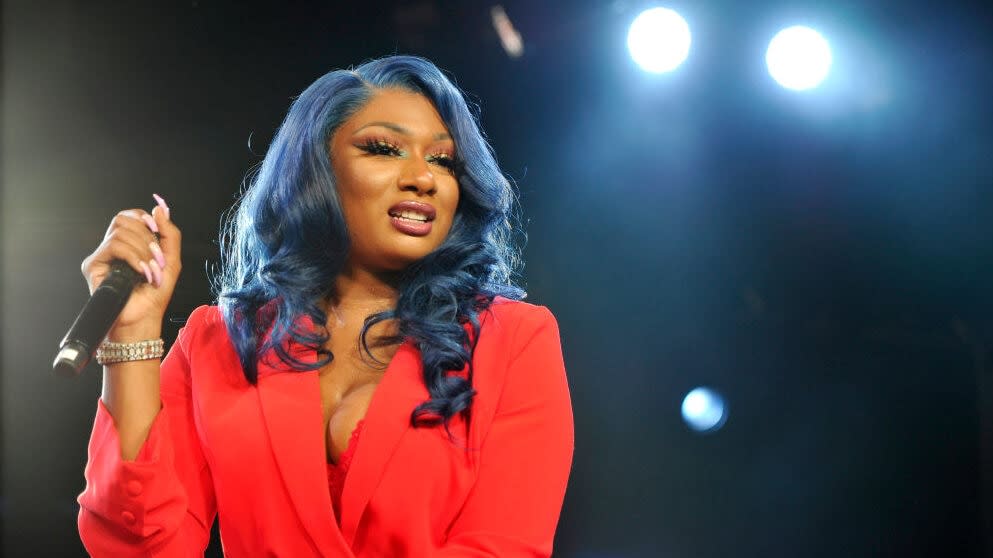 Turns out Megan Thee Stallion can put her pen to work beyond rhymes. The 25-year-old Houston rapper authored a column on the New York Times standing for herself and for other Black women.

“I’m not afraid of criticism, and ‘Protect Black women’ should not be controversial,” she wrote.

Titled “Why I Speak Up for Black Women” the “Savage” rapper used her words to take control of her own narrative, assert Black women as protectors of each other, and pay homage to Black women in politics as the 2020 presidential election nears.

As theGrio reported, during her recent performance as the musical guest on Saturday Night Live, Megan, whose real name is Megan Pete, called for justice for Breonna Taylor. Her show included thought-provoking graphics, choreography, and a pointed message for Kentucky attorney general Daniel Cameron, displaying the line from a Tamika Mallory speech calling him a ‘sellout.’ Cameron responded by saying in a Fox interview that he found the comments disparaging him “disgusting.”

In the op-ed, Megan detailed her thoughts before the powerful performance.

“I recently used the stage at “Saturday Night Live” to harshly rebuke Kentucky’s attorney general, Daniel Cameron, for his appalling conduct in denying Breonna Taylor and her family justice. I anticipated some backlash: Anyone who follows the lead of Congressman John Lewis, the late civil rights giant, and makes “good trouble, necessary trouble,” runs the risk of being attacked by those comfortable with the status quo.”

Megan also addressed the recent shooting incident which left her feet wounded by bullets and Canadian artist Tory Lanez facing charges. According to theGrio, Megan did not speak about the incident at first, fearing a backlash, which unfortunately proved true.

“I was recently the victim of an act of violence by a man. After a party, I was shot twice as I walked away from him. We were not in a relationship. Truthfully, I was shocked that I ended up in that place,” she wrote. “My initial silence about what happened was out of fear for myself and my friends. Even as a victim, I have been met with skepticism and judgment. The way people have publicly questioned and debated whether I played a role in my own violent assault proves that my fears about discussing what happened were, unfortunately, warranted.”

The rising rap star shared her piece on social media along with an NYT-produced video highlighting what it means to be a “woman of color,” set to the beat of her song “Girls In The Hood” sampled from the Eazy-E classic.

The full essay questioned the double standards in hip-hop for artists like herself, Nicki Minaj, and Cardi B, as well as Black maternal fatality rates and more.

Megan closed with a nod to Democratic vice presidential candidate Kamala Harris, congresswoman Shirley Chisholm, the first Black woman to run for president, former US attorney general Loretta Lynch, U.S. Representative Maxine Waters, and Carol Moseley Braun, the first Black woman to be elected to the US Senate. The musician says she hopes that Harris’ recent nomination is the foundation for a “new era” where Black women are no longer making history for achievements that are well overdue.

“But that will take time, and Black women are not naïve. We know that after the last ballot is cast and the vote is tallied, we are likely to go back to fighting for ourselves. Because at least for now, that’s all we have.”

Have you subscribed to theGrio’s podcast “Dear Culture”? Download our newest episodes now!