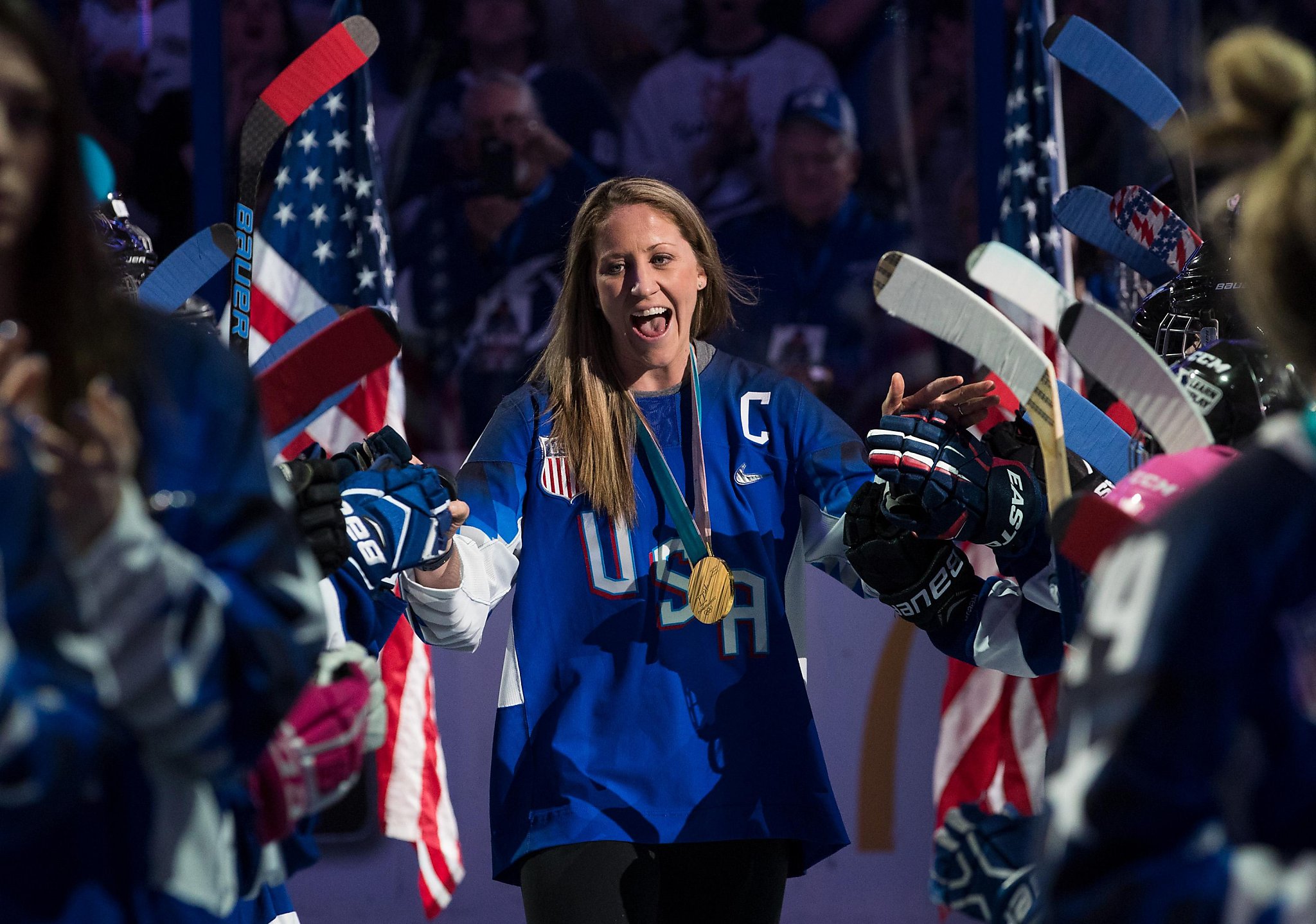 In the midst of the U.S. women’s hockey national team fighting for better wages and equitable support, Meghan Duggan got on the phone with every player to explain what it was all about.

With the world championships on home ice weeks away and the stakes high, Duggan thought it was her duty as captain.

Duggan did that on and off the ice, leading the U.S. to the 2018 Olympic gold medal and spearheading the wage boycott. A year earlier, that fight led to a new contract and a brighter spotlight on the sport.

“We were able to work through that and move through things together and be on the right side of history,” Duggan said Tuesday in announcing her retirement after 11 years with the national team. “That experience brought us together as a team, it empowered us and it encouraged us to be even better moving forward.”

Duggan was the first American men’s or women’s player to win seven consecutive world championship gold medals, two silver medals at the Olympics and one at worlds and the title in South Korea in her final international tournament. She said family, teammates, coaches, staff, fans and the next generation changed her life.

She also changed theirs.

Her legacy off the ice will be defined by her role in the 2017 boycott over player compensation, especially in non-Olympic years. Duggan was a central figure in negotiations with USA Hockey and was a spokeswoman for the team while they were ongoing before a four-year deal was reached.

“She fights for our sport the way she fought on the ice to win a game,” said Canadian defender Renata Fast, who had Duggan as an assistant coach at Clarkson University and played against her at the Olympics. “She was just so competitive in everything she did, and she always had a great head on her shoulders that knew the direction of where our sport needed to go.“

With Duggan wearing the captain’s “C,” the U.S. won the worlds after the contract victory. Then she turned her attention to the Olympic gold medal that had eluded the U.S. since 1998.

At an event in the fall of 2017 at Nike’s campus in Beaverton, Ore., Duggan took copious notes when Hockey Hall of Famer and ’98 gold medalist Cammi Granato was addressing the team. Duggan and Granato had countless conversations that year about getting a more equitable contract and trying to win at the Olympics.

“The gist of it was, ‘How do we win this gold medal?’” Granato said. “Like, ‘We are not going to this Olympics and coming away without a gold — how do we do it?’”

Duggan recorded 75 points (45 goals, 30 assists) in 137 games in a U.S. uniform and helped transform the culture after a gut-wrenching overtime loss to Canada in the gold-medal game at the 2014 Sochi Games.

Duggan was a founding member of the Professional Women’s Hockey Players Association in 2019. The aim was to establish one sustainable pro league. She could continue playing a crucial role in fighting for more prominence for her sport.

Because of her accomplishments from the boardroom to the locker room and on the ice, Duggan soon likely will be a part of at least the U.S. Hockey and International Ice Hockey Federation Halls of Fame. She won’t have to wait long.

“Not many athletes get to end their career on top,” teammate Kendall Coyne Schofield said. “Whatever the criteria is for the the waiting period, she’ll be there.”