Due to British colonialism in India, India’s culture has been significantly affected by the West. With globalization, Indian fashion today does reflect the Western influence. Halter tops, handkerchief-cut kurtas etc are common today and have become a part and parcel of one’s wardrobe. With 28 states, 7 union territories and multiple dialects, India is a land of great diversity and each state has its own unique fashion.

Conventional sarees, blouses, salwar kameezes and necklines have undergone great changes. The latest Indian fashion trend has a touch of the West. Indian fashion designers are working day in and day out to meet the new demands of the market. Let us see some of the Western influences on Indian dresses.

Even a few years ago, traditional kurtis with bold prints were popular among the masses. Though they still continue to be in demand, yet short-style kurtis with halter necklines … Read More

We all want to know the secret behind those delicious dishes served at Indian restaurants. But most of us feel pretty reluctant to try those recipes at home. We have got for you 8 restaurant style Indian food recipes that are super easy to make at home. With these recipes, you’ll be able to recreate all of those Indian restaurant favorites without stepping out of the house. These restaurant style Indian dishes does not require long cooking hours and taste super good. All you need to do is follow these Indian food recipes to the tee.

1) Dal Makhani – You will be surprised to know that it is very easy to make restaurant style Dal makhani at home. And the one prepared at home is not overtly loaded with cream and artificial flavors. This dal makhani recipe yield perfectly creamy, thick and luscious dal without spending hours near the … Read More

Indian Weddings don’t symbolize mere marriage; the nuptial bond symbolizes loads of commitments, shared responsibilities and promises for life. The weddings in India are full of vivid events and rituals that continue for several days. Around 300-1000 people attend the weddings and the scale of wedding is thus so large that it seems that not just the two individuals get married but the two families. A majority of the wedding customs and traditions are similar in Hindus, Muslims, Sikhs and Jains.

Clothing in India depends on geography, ethnicity, local cultural traditions and climate. It can vary from region to region.

Traditionally, Indian people clothing roots back to plain Langotis and loincloths (one-piece garment kept in place by a belt). They were mostly worn on a daily basis or on such festive occasions as dance performances and various rituals.

Today western clothing is commonly worn by Indian people of all social strata. India is well-known for its gorgeous diversity of fibers, weaves, materials and colors of traditional clothing. Moreover, clothing color codes followed by some people are based on the ritual and religion concerns. For example, Hindu women typically wear white-color clothes to indicate mourning.

As we already mentioned, Indian woman’s clothing varies greatly depending on the religion, local culture and climate. Indian sarees and lehenga cholis (or Gagra cholis) are considered traditional clothing for women in the east and … Read More 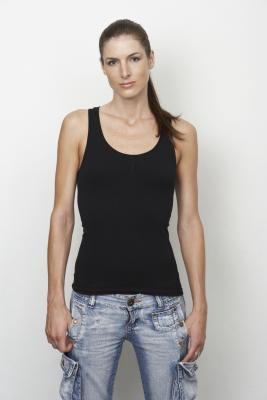 He based his first enterprise in 1968, and since that point has … Read More