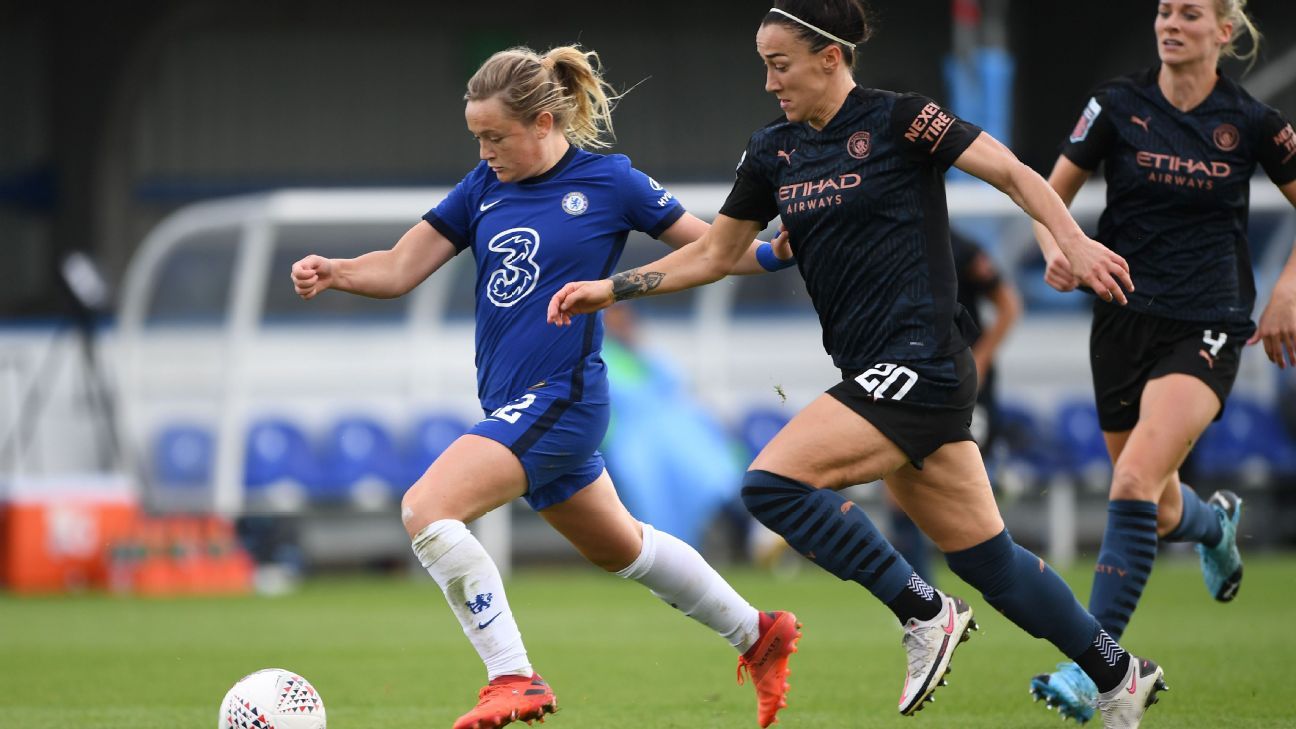 England manager Phil Neville has said Women’s Super League games are more physically intense and tactically better than they were before the coronavirus pandemic forced the cancellation of the 2019-20 league.

Women’s football in England was suspended in March before being cancelled in May due to the pandemic with the 2020-21 season getting underway at the start of September.

“The players that are now coming to this country and the level of performances I’ve seen in the first few games of the season are far greater than what I saw before the pandemic,” Neville said at a news conference.

“They’re far more intense, physically better, tactically better, there’s more intensity to the league, there’s more competition and I think it’s only going to get better. I think there’s a commitment now not just from the teams, not just from the club but from everybody that this is a journey everyone wants to jump on. I think it’s really exciting and just glad to be a part of it.”

The WSL has attracted increased global attention this season with the signing of a number big name players including the USWNT’s Alex Morgan, Sam Mewis, Rose Lavelle, Tobin Heath and Christen Press and other top European names such as Pernille Harder.

However Neville, speaking following the announcement of his squad to face two-time world champions Germany on Oct. 27, said it was important not to lose sight of the talent in the English ranks.

“The one thing that has probably annoyed me in the last three or four weeks is you watch the coverage and you go to games and the focus has been on the USA players and obviously Harder who has gone to Chelsea but what we must not forget is I think Fran Kirby is one of the best players in the world and I think we shouldn’t forget our own,” he said.

“I think sometimes as a country [we] look afar and think they’re better than us but I think what I’ve seen this season is that yes, the Americans coming to the league are brilliant and they’re fantastic players, but not one of those players that has come to the league has played as well as our Fran Kirby and we must remember that.”

Manchester City’s Lucy Bronze returns to the England squad for the first time since November 2019 while there is also a call-up for Lyon’s Nikita Parris who had missed the September camp due to coronavirus travel restrictions.

There are seven uncapped players in the 28-woman squad including Manchester United’s Ella Toone and Millie Turner.

Neville said the young squad was with a view to building ahead of a packed international schedule which sees an Olympic tournament, European Championship and World Cup one summer after another.

“They’ve been picked because of their performances and because I believe they are good enough to play against Germany,” he added.

“I’ve told some of the younger players: ‘You are in because you deserve to be and because of the performances I have seen over the last five, six, and seven weeks.'”